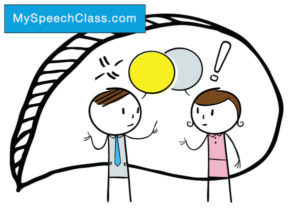 Controversial topics work well for speeches and essays, because they typically evoke strong opinions on both sides. When you choose to speak or write about a controversial issue, you must learn to play devil’s advocate and become familiar with the arguments of the other side. This helps develop your critical thinking skills and helps you better defend your position on an issue. This skill can come in handy in many settings; school debates, political discussions, public policy forums, etc. When you have the ability to think critically and understand all points of view, you have a much better chance of engaging your audience.

If you want your presentation to be the best it can be, it is important to select the right topic. Toward that end, here are some things to keep in mind:

Controversy is all around us. If you can’t find a controversial topic on our list that fits your passion, there are plenty of other resources available. For example, you can find fresh and up-to-date topics in your social media feeds, from controversial articles in the newspaper, among thread starters (issues that draw major interest in various online forums), and from helpful sites such as CQ Researcher and procon.org. Also feel free to browse our trending topics page for more related topics.

Politics and economics, law and order

Political and Economics, Law and Order

Political and Economics, Law and Order

“You have to treat them like sh**” ( Donald Trump)

“If you’ve got a big mouth and you’re controversial, you’re going to get attention” ( Simon Cowell)

Your controversial speech topics will hit a few nerves. When you hit those nerves, you know you’re talking about something worthy of an argument.

The best thing you can do in selecting your topic is to choose something that makes your blood boil, something that you feel strongly for or against, something you have so much passion for that others can see it even when words don’t escape your mouth.

So, find what makes you tick, stand firm in your argument, and get people’s emotions involved. That’s what true persuasion is all about.