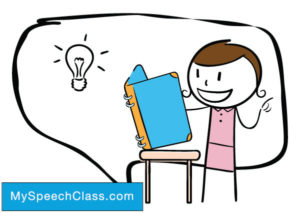 Writing a research paper is among the most challenging aspects of student life. During the latter part of high school and throughout college, you will be required to write several of these types of papers. For some classes, there will be a list of topics to choose from. Others allow students to choose their own research paper topics, but they may ask for a certain style.

Some examples of common research paper styles include:

Your research essay topic may also need to be related to the specific class you are taking. For example, an economics class may require a business research paper, while a class on human behavior may call for a psychology research paper.

The requirements for your paper will vary depending on whether you are in high school, college, or a postgraduate student. In high school, you may be able to choose an easy topic and cite five or six sources you found on Google or Yahoo!, but college term papers require more in-depth research from reliable sources, such as scholarly books and peer-reviewed journals.

But we have many more!

On this page, we have hundreds of good research paper topics across a wide range of subject fields. Each of these topics could be used “as is” to write your paper, or as a starting point to develop your own topic ideas.

How to Choose Your Research Paper Topic

The first step to developing an interesting research paper is choosing a good topic. Finding a topic can be difficult, especially if you don’t know where to start. Finding the Right Research Paper Topic

If you are in a class that allows you to choose your own term paper topic, there are some important areas to consider before you begin your project:

Your Level of Interest: Research papers are time-consuming; you will be spending countless hours researching the topic and related topics, developing several primary and secondary sources, and putting everything together into a paper that is coherent and accomplishes your objectives. If you do not choose a topic you are passionate about, the process will be far more tedious, and the finished product may suffer as a result.

Your Level of Experience: Being interested in a topic is great, but it is even more helpful if you already know something about it. If you can find a topic that you already have some personal and/or professional experience with, it will vastly reduce the amount of research needed and make the whole process much easier.

Available Information on the Topic: Be sure to choose a topic that is not only interesting but also one that has numerous sources available from which to compile your research. A researchable topic with several potential sources gives you access to the level of information you need to become an authority on the subject.

Your Audience: An interesting topic to you may not necessarily be interesting to your professor or whoever is grading your research paper. Before you begin, consider the level of interest of the person(s) who will be reading it. If you are writing a persuasive or argumentative essay, also consider their point of view on the subject matter.

As you begin researching your topic, you may want to revise your thesis statement based on new information you have learned. This is perfectly fine, just have fun and pursue the truth, wherever it leads. If you find that you are not having fun during the research phase, you may want to reconsider the topic you have chosen.

The process of writing the research paper is going to be very time consuming so it’s important to select a topic that is going to sustain your interest for the duration of the project. It is good to select a topic that is relevant to your life since you are going to spend a long time researching and writing about it. Perhaps you are considering starting your own business or pursuing a career in politics. Look through the suggested research paper topics and find one in a category that you can relate to easily. Finding a topic that you have some personal interest in will help make the arduous task a lot easier, and the project will have better results because of your vested interest.

We have topics that fit into categories that cover such areas as education, environmental sciences, communication and languages, current events, politics, business, criminal justice, art, psychology, economics to name just a few. Simply get started by choosing the category that interests you and peruse through the topics listed in that category and you’ll be well on your way to constructing an excellent research paper.

What, why, and how

Best Microphones for Streaming, Gaming and Live Chats in 2022