Motivation is the drive to achieve a goal. Motivational speakers help people begin their pursuits by offering guidance and reassurance that objectives are indeed realizable as well as offering suggestions and sometimes even step-by-step directions that make their audiences aspirations seem more feasible.

Oftentimes, motivational speakers are individuals that have thrived despite great hardships or achieved spectacular success against all odds. These qualities command a level of trust from their audience. Whether they do it to earn a living or are simply altruistic, all motivational speakers must possess a combination of charisma, knowledge and most importantly passion to be successful. Their audiences must admire them, trust in their experiences and truly believe that these people have the ability to help them change some aspect of their lives or realize a certain ambition.

The five motivational speakers listed below in no particular order are some of the most extraordinary examples of what it takes to inspire the public to improve their livelihood. 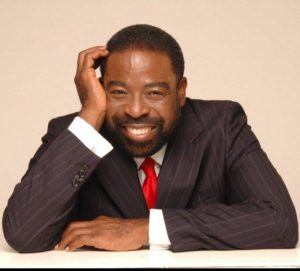 Les Brown is an American motivational speaker. He was given up for adoption as a baby and subsequently, his grade school teachers decided he was ‘mentally retarded’. This interpretation of Brown’s mental abilities led to obvious confidence and self-esteem problems, but Brown managed to overcome these challenges and thrive despite them. He worked hard and in the face of many setbacks became a radio personality, politician, motivational speaker and business coach. With a magnetic personality and quick-witted sense of humor, Brown inspires people to reach their full potential by taking responsibility for their actions and believing in their own abilities. 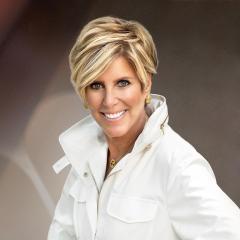 “People first, then money, then things.”

Suze Orman is an American motivational speaker. She began her career as a financial advisor and moved on to become the host of her own television show, a personal finance author and speaker. Orman became interested in finance after losing an early financial investment and learning that the money had been mismanaged. She eventually founded her own financial group and published 10 books about personal finance. Orman offers easy-to-incorporate, honest and simple advice to help people get out of debt situations, make sound investment and saving decisions and thrive financially.

“I’m going to do everything in my power to become a victor not a victim.” 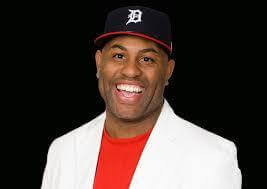 Eric Thomas is an energetic American motivational speaker. Thomas went from homeless teen and high school dropout to powerful speaker, author of 3 books and minister. Thomas also gives talks to professional and aspiring athletes and has an impressive social media presence. His success as a speaker can be attributed to his animated and passionate manner of presenting as well as his frank and authentic moral that empowers everyone to take direction of their path in life and that all individuals are in control of their own greatness and achievements. He strongly opposes the ideal of anyone being a victim of circumstance and inspires people to stop being entitled and to work hard to make real changes in their lives.

Vernice FlyGirl Armour is a former police officer and American motivational speaker. She was also, before the age of 30 years old, the first female African-American naval operator in the Marine Corps and first female African-American combat pilot in the U.S Armed Forces. She was inspired to become a motivational speaker after the realization that many people had the desire to change their lives but had no idea how to go about fulfilling their objectives. From there, she wrote a book entitled “Zero to Breakthrough; the 7-Step, Battle-Tested Method for Accomplishing Goals that Matter”. Armour is an inspiring and passionate speaker whose program is designed to guide people to change their mentalities and take specific actions in order to achieve their goals.

“In life you need either inspiration or desperation.” 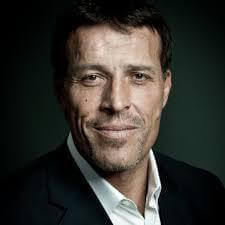 Tony Robbins is an American motivational speaker and businessman as well as author of 3 best selling self-help books. Robbins grew up in a turbulent home, his mother struggling with addiction and with no stable male role model. He began his career promoting another motivational speaker and soon decided to pursue his own self-help career. Since then, Robbins marketed himself as a self-help guru, teaching people to overcome their fears and face their problems head on. He has written 3 best-selling books on the subjects of unleashing one’s full potential, harnessing the power of emotion and finances. He also delivered one of the most viewed TED talks of all times. Robbins philosophy as a life and performance coach focuses on understanding and harnessing the power of internal drives and using that energy to achieve goals.

These 5 individuals have been able to make a name for themselves as motivational speakers and life coaches because they have achieved great things and their listeners intuitively have faith in them.

They speak confidently and with conviction to further that trust bond. They inspire people because they are able to make themselves relatable enough that their audience truly believes that they can have comparable success if they have the proper tools and guidance. They are also likable enough and passionate enough that people believe they have their best interests at heart.

The true value of a good motivator is that they encourage positive change in people’s lives and provoke action to work towards those changes. They inspire confidence in themselves and as an extension, people feel more confident and secure in attempting to realize their goal and they feel like with the support of their guru, they cannot fail. In the words of Tony Robbins “setting goals is the first step in turning the invisible into the visible” and these exceptional people are experts in getting people to take those first steps.