Epideictic speech topics to display a proposition of the ethical and universal values of a person, group, product, organization or idea in a ceremonial speech or an oratory which seeks to persuade. Epideictic comes from the classical Greece and means to show or to display:

Really beyond compare is the power to allure the audience of the praiseworthiness or vice versa the lack of worthiness of the subject being discussed. 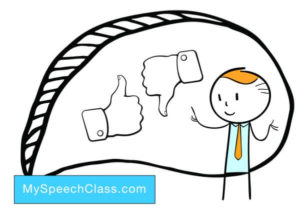 The latter is often called a true fire-and-brimstone sermon.

I will not try to convey and cover all the theoretical ins and outs about focussing top epideictic speech topics, but before I give some sample ideas for an address here is a definition:

A ceremonial speech or ostentatiousness public speaking is an expression of praise or blame, celebration or thanksgiving, condemnation or mourning. Formal and lofty are the key terms and they stress that sharing of identities and values that unites people into communities.

Retrieved from Osborn and Osborn (1994), they are considered influential gurus of the study of the modern rhetorica elements basedd on ancient old wisdom and experiences.

Examples of speeches with epideictic contest-like elements are praising, blaming or celebrating a birthday, wedding roasts and toasts, eulogies or funeral speeches, farewell addresses, political and Fourth of July orations.

All praise or blame the virtues, feelings and values of exceeding boundaries, achieving, justice, overcoming obstacles, condemnation, commendation or mourning. Ten sample specific thesis purposes you can work out:

person – Rosa Parks for her act of protest against the segregation on city public transit vehicles which strengthens the America’s civil rights movement.

group – Sessions of meditation groups in order to transmit powerful spiritual energy for the benefit of humanity.

person – Britney Spears for attracting aggressive news paper paparazzi in down town Los Angeles because of her behavior.

organization – Blame the commercial and investment banks that are responsible for the ongoing financial meltdown.

theory – The idea of correcting injustices of governments in history, because it will causes modern problems.

person – Nobel Peace Prize 1983 winner Lech Walesa, the Polish worker from the Gdansk Shipyard who negotiated the transition from communism to democracy.

idea – Sharing grief is the best recipe for emotional healing.

value – The most effective Thanksgiving epideictic speech topics praise and welcome the feeling to be surrounded and supported by close friends at the dinner table.

The famous Greek philosopher and teacher of Alexander the Great instructs that the hero among the most-wanted public speakers by full amplification:

My own humble nowadays tips are not very complicated. Look at the attitude and behavor wheel above. It is a dozens of centuries old proven classical conceptual approach – testes in the streets of Greece before B C E. Be concrete and personal in examples you offer to advocate for the statement. Use simple and active language and repeat words and phrases. The I Have a Dream Speech of Dr. Marin Luther King Jr displays very well the need to apply the figure of repetition to fortify epideictic speech topics.

Cite this article as: Jim Peterson, "Epideictic Speech [Topics and Examples]," in My Speech Class, May 14, 2018, https://www.myspeechclass.com/epideictic-speech-topics.html.